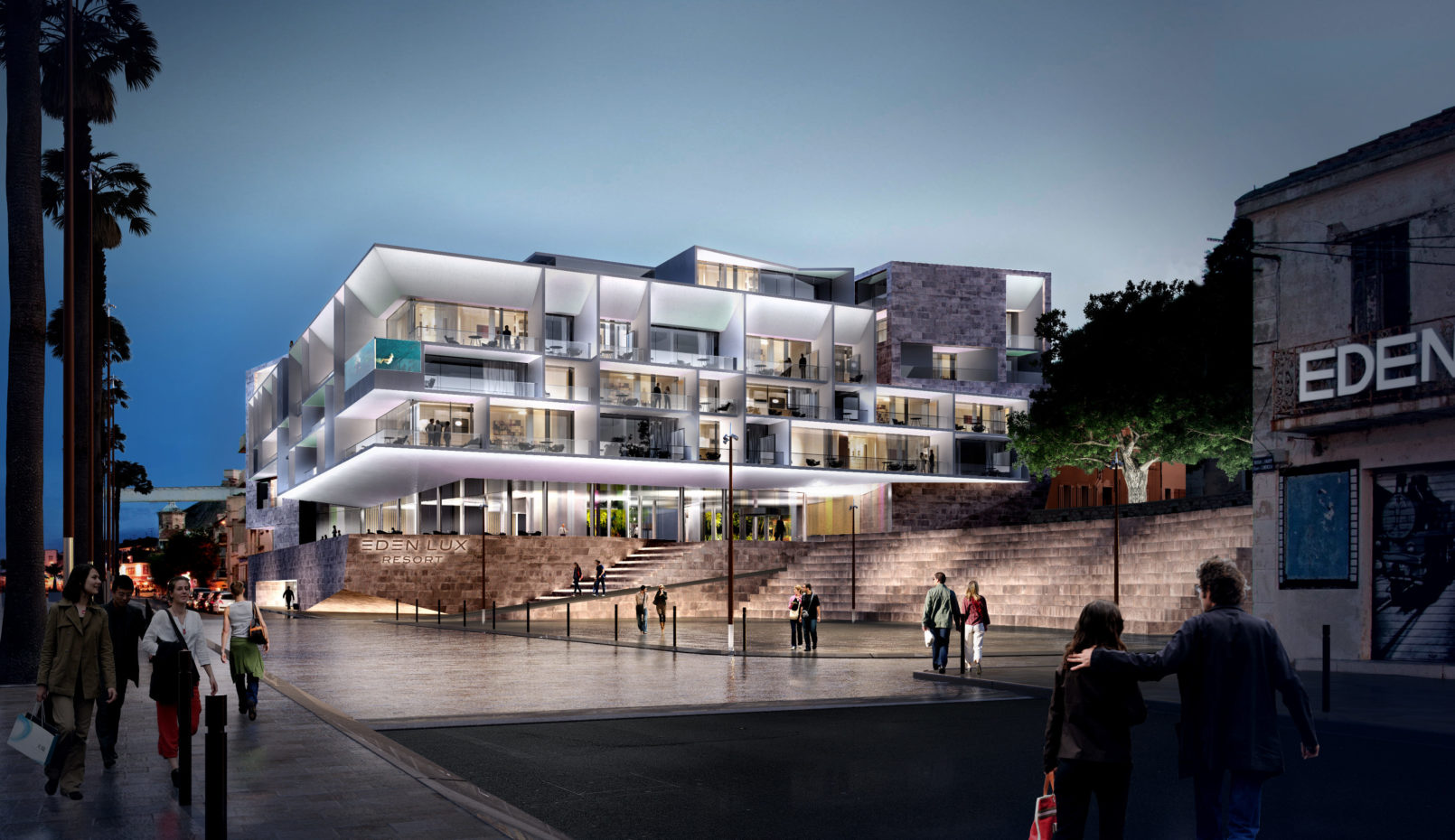 The La Ciotat 5 stars Hotel site is located at the entrance of the historical city center. The plots of the project take benefits from its own geographical location, dealing with the heart of the city and its typical narrow streets and the sprawling modern city.

At a bigger scale, the hotel will be part of the urban renewal of the sea shore and the Esplanade du 8 mai 1945, offering two of its façades to the city. The third façade, overlooking the place, will complete the urban project initiated by the city, creating a new landmark for the seaside town.
The project responds both to its close geographical environment and its cultural context : the Eden Place and the Pénitents Bleus Chapel.

This project is willing to be cornerstone that would link the various neighborhoods of the city.