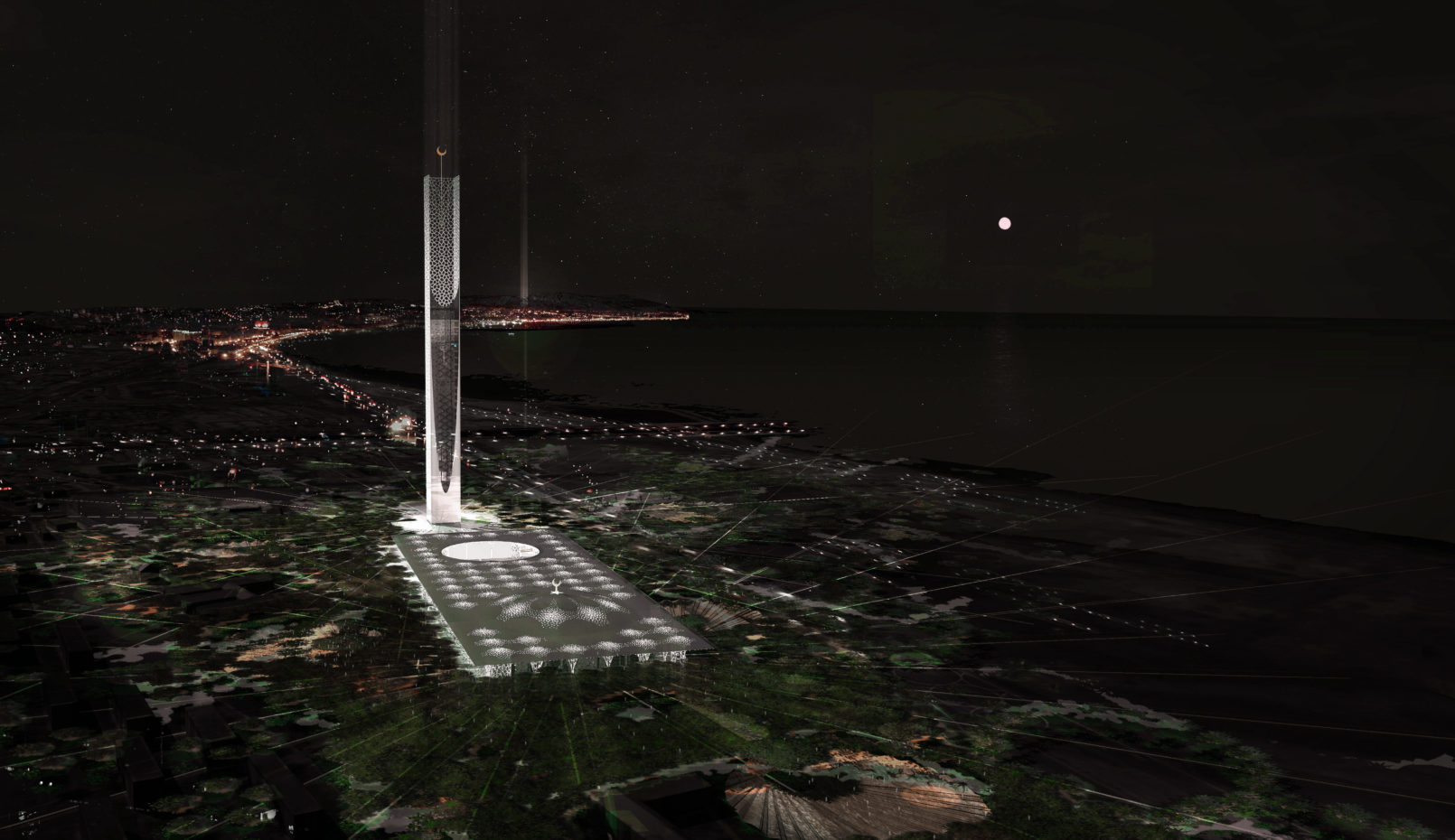 This mosque represents a fundamental urban act at different scales: it is the mosque of the city of Algiers and also of all the Algerian population.

The site plan draws its force from the axis to Mecca which structures  three founding circles: the pool surrounding the Minaret, the plaza – place of ablutions – and the dome covering the sanctuary. The mosque is a long rectangle in which is inscribed two perfect squares.

The minaret, expression of the summoning, projects its shadow over the sea and the city to authenticate their connection. lts conception evokes the traditional square based section and then dematerializes as it rises upwards. If the monument can be considered exceptional by its height, its architectural expression is modest as the structural grid is inscribed in the sky. The mosque is the heart of the edifice: from surface to surface, pattern to pattern, the building virtually vanishes as one progresses towards the sanctuary, beyond temporality, gilded in gold.

The gardens, organized as vegetal Persian filigree, combine two movements: a progression of density as one moves towards the place of devotion and a respiration for Algiers as a place of promenades and exchanges.