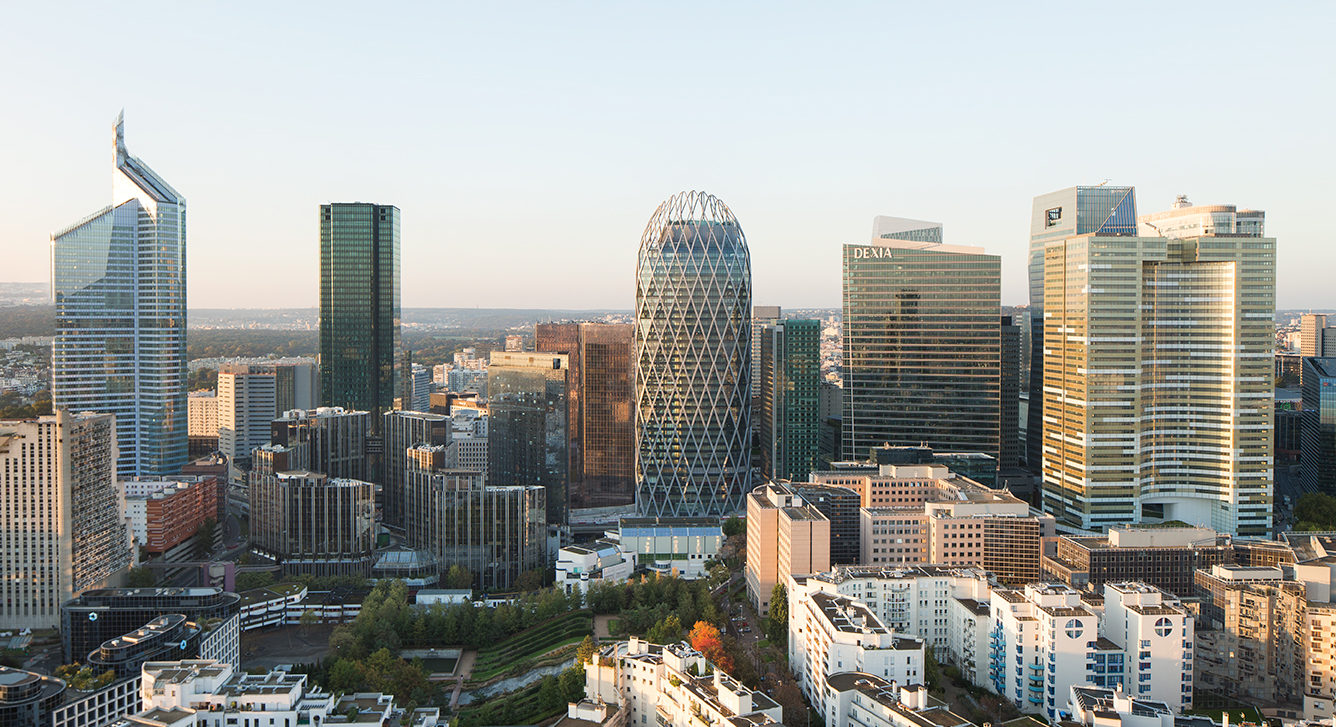 This tower is the work of Tom Sheehan & Antony Béchu, and contributes to the renaissance of the La Défense business district in Paris and boulevard circulaire. The D2 Tower is firmly establishing La Défense among international flagship urban sites means offering a new architectural approach to major users.

The D2 project has been conceived in such a way as to suggest the «living» dimension of the real estate as a whole, as much in its interior architecture as in its immediate environnement.

Light, opened up spaces, liveliness, sustainable development, transparency and dynamism are just some of the key factors that the D2 project aims to weld together.

Since the tour D2 cannot compete with size of its neighbours, it is through its humanity and sortness that it will make its contribution to environmental quality.