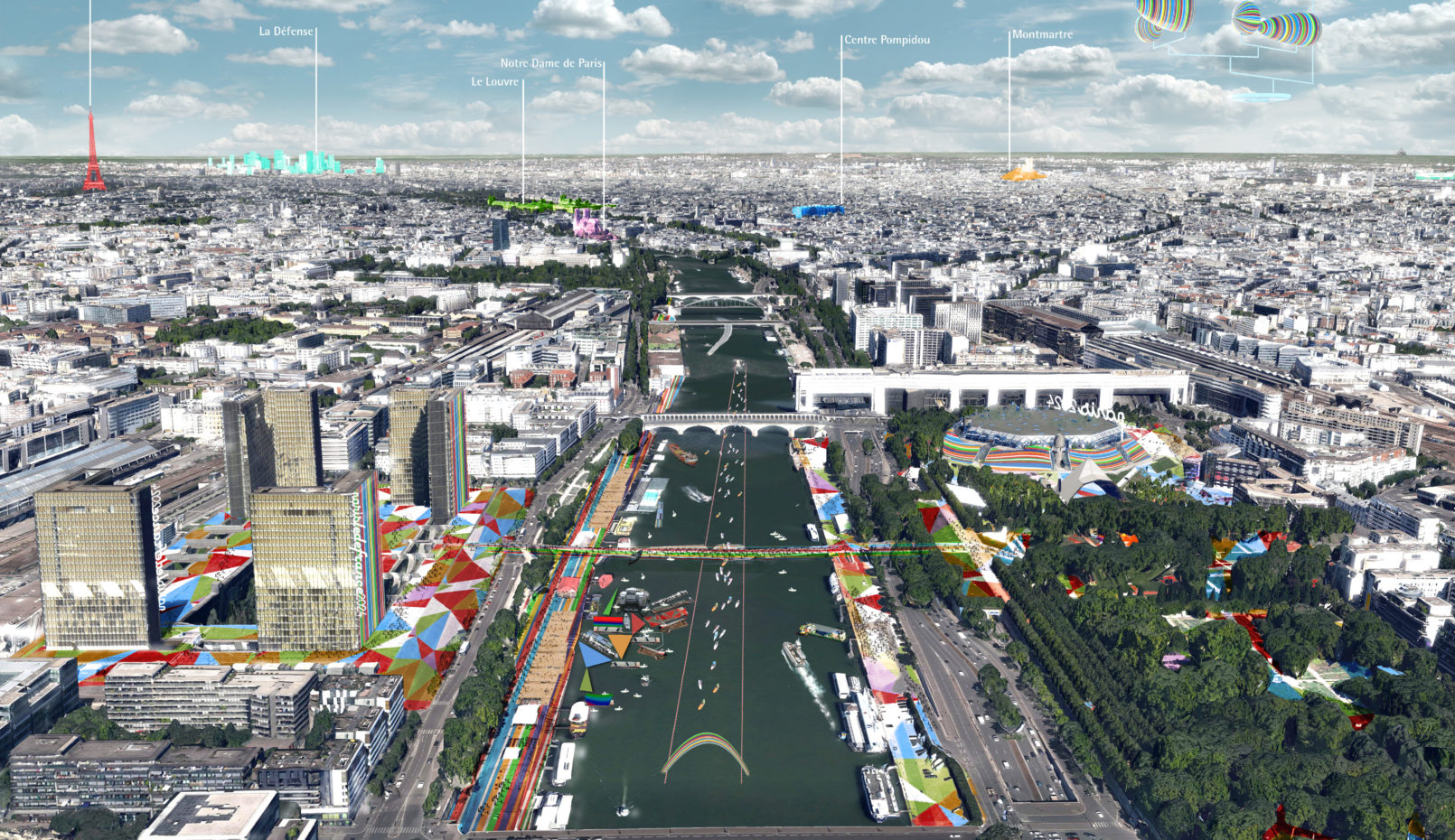 An event like the Olympics will stretch well beyond the borders of the hosting city, Paris. The 2024 JOP will engage the Metropole. Our firm was invited to assist the IAU Ile-de-France region to define the initial concepts of the games.

ParîsledeFrance is putting its candidature forward with 2 principal objectives. Boost the already outstanding performance of its territorial transition agenda with the world’s most celebrated event. Secondly, an organization at an unprecedented scale that will engrave unforgettable moments into its prestigious history of the Olympic and Paralympic Games.

The concerted development of ParîsledeFrance territory over the last decade is a remarkable example of social, economic and quality environmental achievements. Paris’ metropolitan area is becoming a world leader in transitional energies and progressive urban mobility. Europe’s largest public transportation network and high-speed connectivity to our neighboring capital cities makes the choice of Paris an ideal European candidature.

The Olympic and Paralympic games will bolster these accomplishments, orient them and accelerate their positive impact. The chosen Olympic locations are typically priority areas on the urban development agenda. The games will contribute milestones to ambitions such as building affordable housing, part of the 57 new public transportation stations, the pacification of the inner-city motorways, extending and connecting the green pedestrian and cyclist networks, create the opportunity to test an “automobile-free city” for the duration of the games, create and improve sports infrastructures while raising up future champions.

How will the games benefit from the rich Parisian and regional experience?  In addition to the performance of the outstanding new and proven sports venues that we have to offer and a distinguished cultural and historical site the public will evolve within and throughout a charted landscape that covers over the 12,000 km2. The Olympic games will be brought to the spectators and the spectators will be transported by the games.

The full territory of ParîsledeFrance will become a support to convey the Olympic spirit. A joyful calibration will be deployed through the different modes of transportation, in the Olympic locations, cultural and historic sites as well as on a local level in the thousands of clubs and associations that aspire to sports achievements. Creating resonance between sports spirit and spirit of place is part of the essential goal of JOParîsledeFrance2024 Olympic candidature.