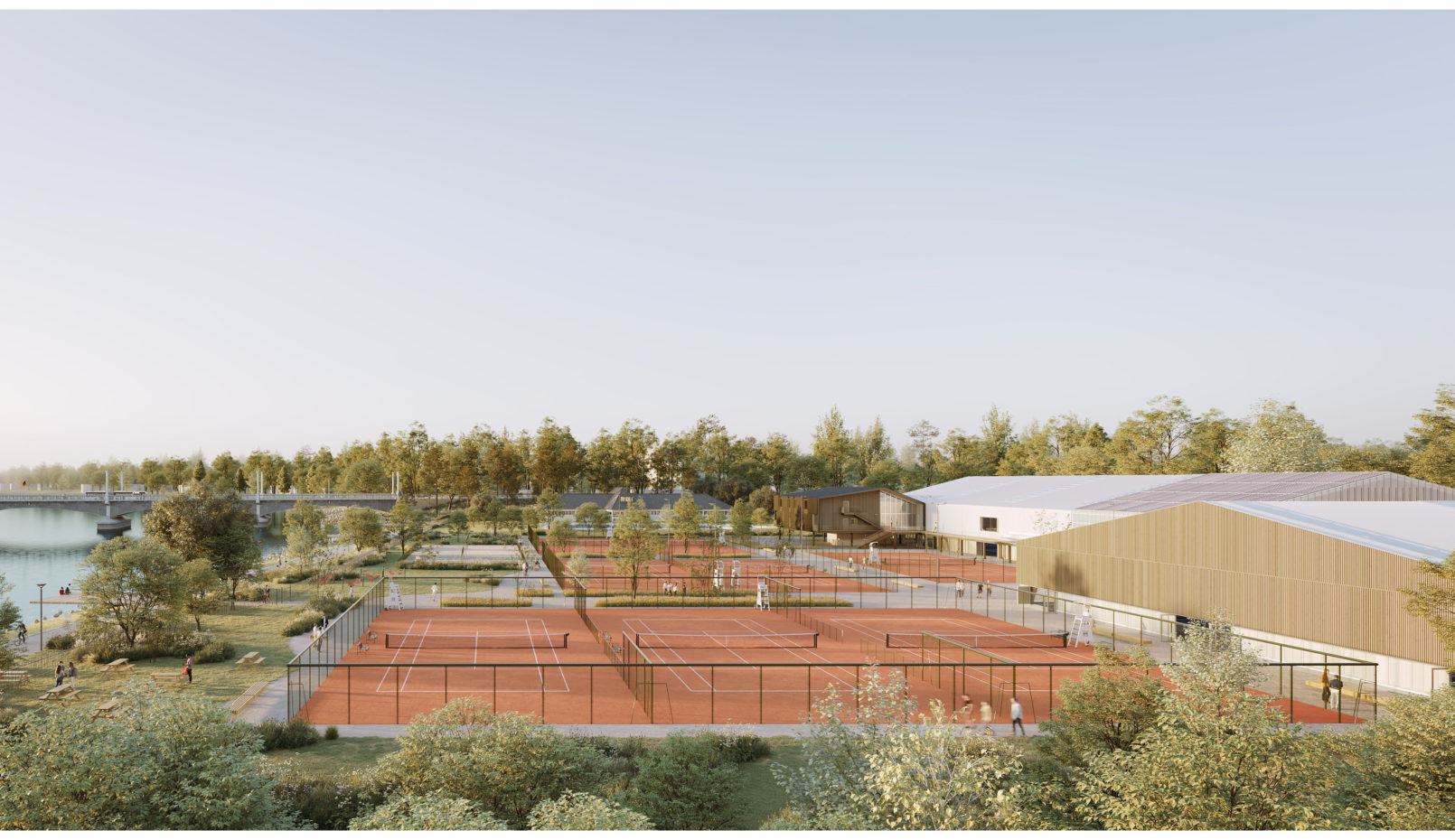 As a remarkable site, the shores of Lake Allier have been redesigned to offer a place to walk along the water. They bring together sports activities swimming pools, a gymnasium, a football stadium, a racecourse as well as a golf course, in a green setting not far from the city center. The « sporting » tennis club completes these facilities.

The project proposes to reveal what is already there, through a sober and generous architecture, centered on the well-being of users and athletic performance.

The project comes in three volumes set back from the banks, on the western part of the site, with the intention of minimizing its footprint on the landscape. First, the rehabilitated existing tennis hall. It receives a new envelope that redraws its silhouette, echoing the new room, while preserving the existing structure which will be reinforced. Then, at the entrance to the site and near the car park, a large sports hall which brings together the 3 clay tennis courts as well as the two Padel courts. Finally, at the heart of the site, we find the club house. Adjoining the large room, it evokes a kiosk in a park by its architecture of stilts, its central position and its relationship to the site. On the North side, its terrace extends into a grandstand on the central court and offers a view of the interior of the large room, as well as on the whole site, with the Allier and its banks as a backdrop.

The buildings are composed by a pallet of 3 materials: wood, metal, and polycarbonate. Combining low carbon footprint, heat, economy and lightness, this palette gives the composition a sobriety and a poetry, especially with the reflection of the vegetation and the transparency on the polycarbonate or the contrast between black wood and white metal.

Icon of the project, the club house located in the heart of the site, it creates an intermediary scale between the existing restaurant and the large sports halls. Easily identifiable from the outside, the convivial space adjoins the large room and stretches over the length of the building. This crossing building, with its double height offers a view of the restaurant, the central court and the existing large hall.